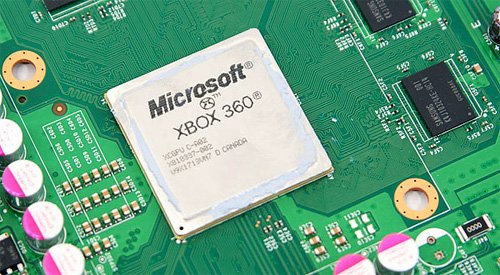 A teardown provided a closer look at the Valhalla-powered slim Xbox 360 and the biggest change compared to the outgoing Jasper platform is what looks like the integration of the CPU, GPU and eDRAM onto a single chip. If this turns out to be true, this lets Microsoft use a single heatsink and fan for these components.

The new chip helps the new Xbox be more power efficient and it now requires a smaller, less powerful 135W adapter. Compared to the Jasper-powered predecessor, the new one is about 33 percent and 20 percent more efficient at idle and when playing Gears of War 2.

When turned off, the system draws just 0.6W of power compared to 2.0W in the previous Jasper version. The new one is more than twice as efficient.