Posted in iPhone by Conner Flynn on June 7th, 2010 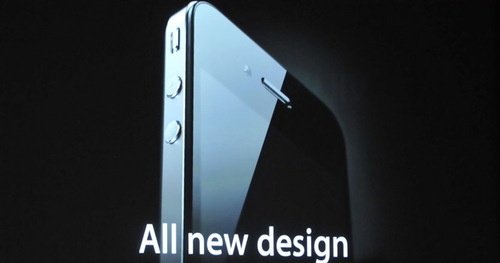 Apple’s latest iPhone is official, complete with an A4 chip inside, just like the iPad. The A4 has a few interconnected chips, like the Cortex-A8 main processor unit with a PowerVR SGX 535, and two low-power 128MB DDR SDRAM chips. This means that they can process things faster while consuming less battery than before since they are connected.

The 3.5-inch screen sports a resolution of 960 × 640 pixels. It has four times as many pixels as the current iPhone 3GS’ display. The screen has 326 pixel per inch resolution. Apple is also claiming an 800-to-1 contrast ratio which is four times better than the 3GS.

Another nice update is that the battery is 16% bigger than the current one. Coupled with the A4 processor and new display, you get a longer battery life: Apple says that it’s 40% more talk time.