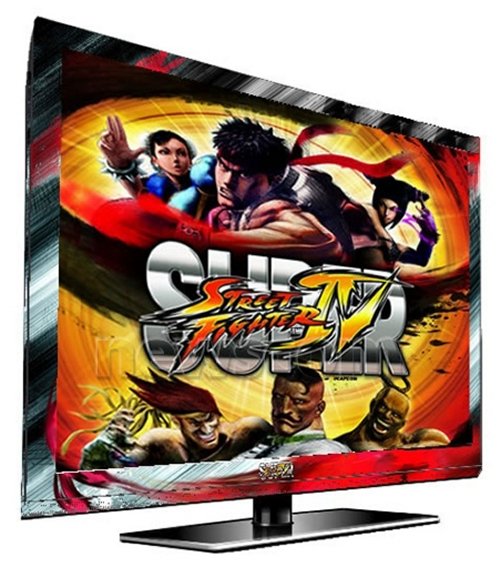 These Street Fighter IV TVs are just like any normal HDTV, but you get an 8-second SFIV image when you turn it on and there’s also the game’s logo at the bottom. Sure, that justifies spending a ton of money for a new TV. No word on pricing yet, but the series will probably include a 22″, 32″, 42″, and 55″ LCD HDTV, along with a 40″ and 46″ LED HDTV, just like with their previous Marvel series.

It doesn’t even make sense for a kid’s room, because eventually they grow up. But hey, what do I know? If it showed me Comic Book babes, I’d probably go for it.