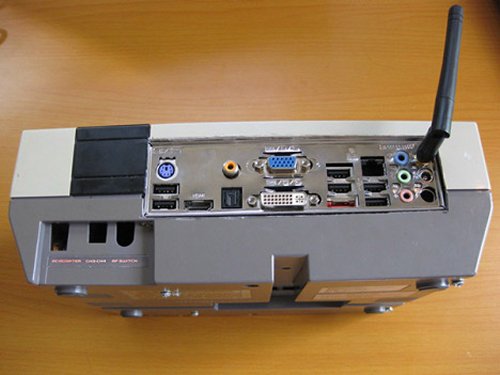 What would a HTPC have looked like circa 1985 if Nintendo had made one? You’re looking at it. If you have a spare NES system at home, why not make one yourself? That’s what this person on Etsy has done. This mod uses a Zotac motherboard, dual-core 1.66GHz Intel Atom N330, NVIDIA GeForce 9400M and 2GB RAM stuffed into the original NES casing.