Posted in Toshiba by Shane McGlaun on April 7th, 2010 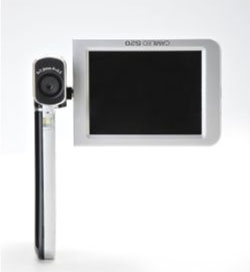 We heard about the Toshiba line of camcorders way back in September of 2009. I’m not sure what took the things so long to land in the US, but Toshiba has announced that the cameras are finally available here.