Posted in gaming accessories by Shane McGlaun on April 28th, 2010 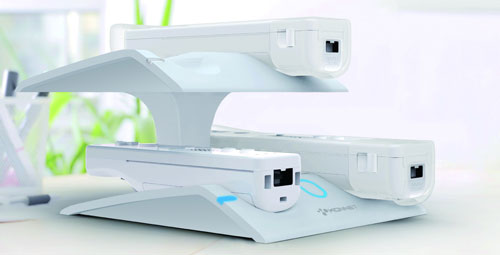 My son and his friends are always playing the Wii it seems. They are all big fans of Mario Kart and can talk more thrash than you would think a bunch of 8-year-olds were capable of. It seems like I am always having to replace the batteries in the remotes though.

That means all you need to do is lay up to four remotes on the double decker stand and they are recharged for you. The device has LEDs to show when the remotes are charged up and ready to go. The charger sells for $49.95 and extra batteries can be bought for $19.99.