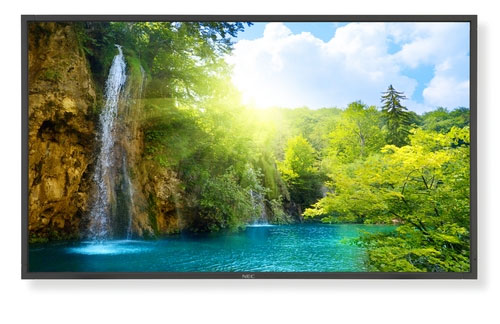 NEC has been making displays for computers and digital signage for years. The company of late has been focusing on new green displays that sip power and save money on utility bills. The company has unveiled a new large format display called the P521.

A wealth of connectivity features are included with DisplayPort, VGA, DVI-D, BMC, composite, component, HDMI, and S-video. The device also has an expansion slot and an Ethernet port and IP tuner. Some models also have QAM tuners. The P521 will ship in April for $2,999.