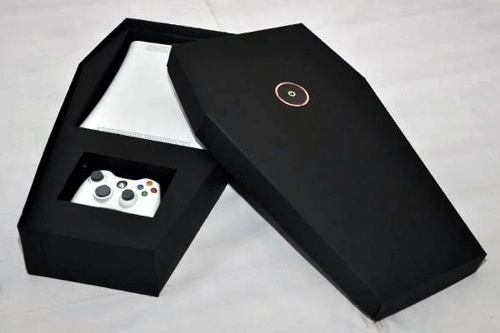 Gamers love their consoles. When a console dies, it’s like mourning a dear friend who you have spent years with. So you have to bury it appropriately. When the Red Ring of Death strikes, don’t just throw your Xbox 360 in the closet. Bury it.

This coffin, designed by Alexis Vanamois, will allow it to rest in peace in video game heaven. It even has space for an accompanying controller, even though your controller will likely outlive the console.