Posted in Television by Conner Flynn on March 1st, 2010 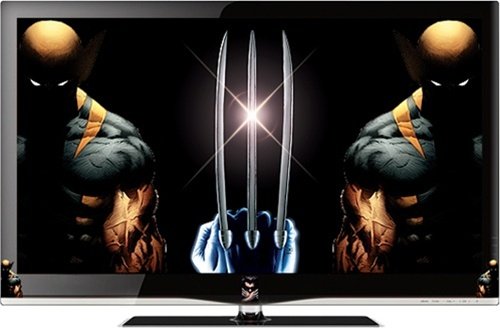 Marvel has partnered with RTC23 to release “the ultimate comic fan’s TV”. C’mon, you know you’ve been waiting for a TV branded with Superhero images. The 22, 32, 42 and 55-inch LCDs/40 and 46-inch LED HDTVs feature Iron Man, Captain America, The Hulk, Wolverine, Thor and other characters on the bottom corners of the frame as well as on a themed splash screen that appears for 8 seconds when you turn on the TV.