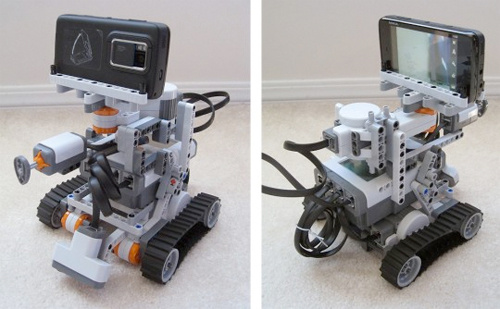 Is there an area of our lives that Twitter has not taken over? Not anymore. Twitter has many uses and one of those uses is commanding robots like this Lego Mindstorm robot. It’s controlled by a Nokia N900 phone and users can tweet commands to the @N900Niko account and tell Niko the robot what to do. Stuff like, move forward, turn around or take a photo with the N900.

Photos are posted on Twitter using Twitpic. While you aren’t likely to see anything shocking, you’ll see plenty of floor, some chairs, maybe a trashcan. Who knows, it may go all Alfred Hitchcock and let you witness a murder. Probably not though.