Posted in Pentax by Shane McGlaun on February 25th, 2010 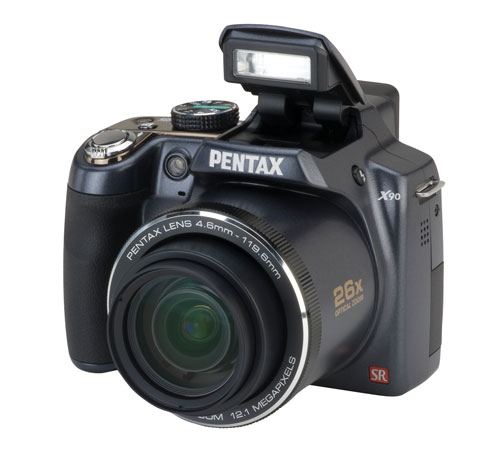 Along with the rugged Optio W90 digital camera, Pentax has also unveiled a new superzoom camera called the X90. When they say superzoom, Pentax isn’t kidding around.

The camera has a 26x optical zoom lens equating to 26-676mm. The camera has a macro mode that can focus on objects only an inch away and a 12.1MP sensor. Other features include a 2.7-inch LCD, triple shake reduction, and 11fps burst shooting.

That burst shooting should mean you could get some nice action shots. The camera has HDMI out, but there is no mention of HD video capability in the release. The X90 will ship in April for $399.95.