Posted in Microsoft by Shane McGlaun on February 11th, 2010 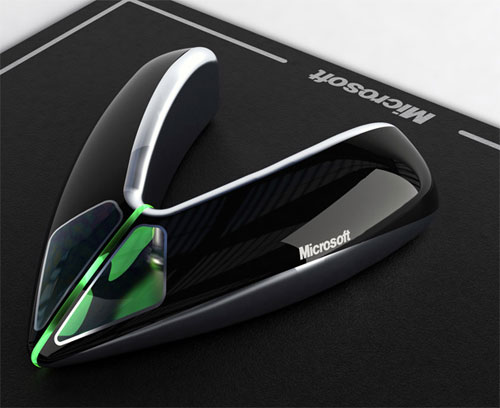 Other than that slick SideWinder gaming keyboard with the number pad that can be put on either side, none of the products from Microsoft typically stand out in my eyes as far as design goes. A new design concept over at Yanko Design has tipped up with the Microsoft brand.

The device is called the eVouse and it combines touch tech from a tablet computer, mouse tech for navigation, and digital pen for drawing with design software. The device is shaped like a “V” and when used as a mouse the front buttons are touch sensitive and glow when pressed.

When the user is ready to do some design work with drafting software or other apps supporting pen input, the eVouse can be held like a pen and users can draw with the tip. The only thing I don’t like about the design is that it looks like it would not be comfortable to use as a normal mouse.