Posted in Motorola by Conner Flynn on January 17th, 2010 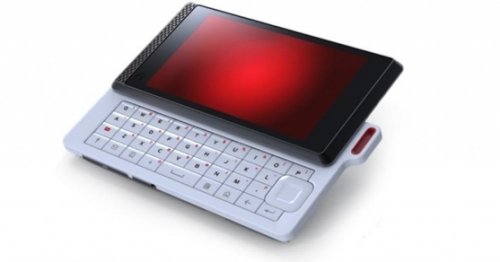 This could be just a render, but it could also be the real thing. The folks over at Mobile01 have two more photos the Motorola Shadow, which looks similar to the Droid / Milestone with a white keyboard and wrist strap. Word is that this could be Google’s next flagship device, dubbed the Nexus Two.

It seems very possible to us as it makes sense to compliment the Nexus One with one that has a physical QWERTY keyboard. But why the wrist strap? Then again it looks a little too good and people will likely complain about the Dpad placement. What do you think?