Posted in Google by Conner Flynn on January 12th, 2010 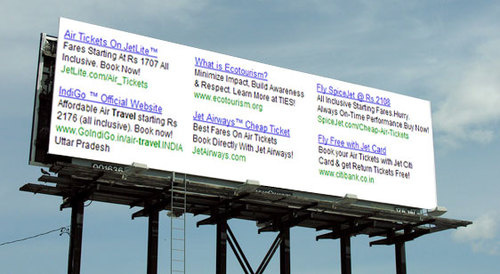 Those outdated billboards in Google Street View are not just outdated, but they’re an opportunity for Google, who has filed a patent entitled “Claiming Real Estate in Panoramic or 3D Mapping Environments for Advertising,”. The patent should allow them to cut out billboards shown in Street View and replace them with their own current ads.

Apparently this would be done by working with whoever owns the space. For instance a theater owner could keep the posters out front up to date at all times. We can’t think of any other way in which this would work, since they are putting ads on other people’s property without permission. It’s an interesting move by the big G.

This should be interesting.