Posted in Belkin by Conner Flynn on January 26th, 2010 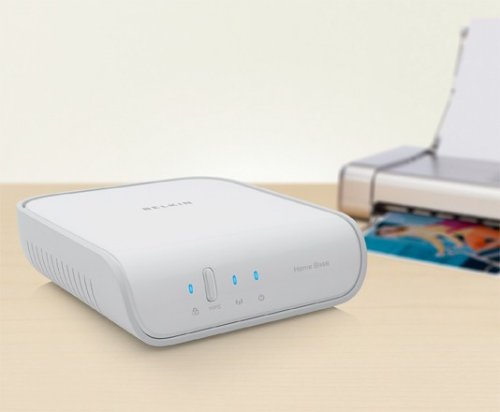 The Belkin Home Base merges wireless networking and USB connectivity in one device, with a small footprint. This gives users a simple way to share up to four USB devices from a central location. The Home Base will also allow one of your external hard drives to act as a media server if you have a DLNA set up.

It’s compatible with devices like the Xbox 360 or Sony PS3. Super convenient. We told you about this way back in September, but now it’s just $66 at Amazon. Better grab one.