Posted in Computer Components by Shane McGlaun on November 10th, 2009 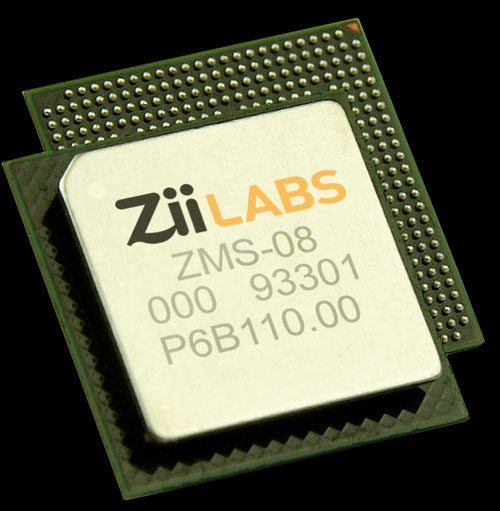 Each time I watch YouTube or other video on my iPhone I wish the thing had better video quality. ZiiLABS, a Creative subsidiary, has announced a new media processor aimed at portable devices like netbooks, media hubs, web tablets and more called the ZMS-08.

The single media processor has the ZiiLABS StemCell computing array for media processing along with a low-power ARM Cortex processor at up to 1GHz operating frequency. The device will be shipping in mass quantities in Q1 2010 and is sampling to manufacturers now.