Posted in Motorola by Conner Flynn on October 28th, 2009 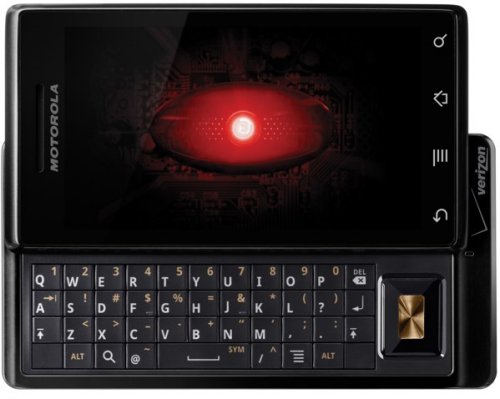 The Motorola DROID will hit Verizon on November 6th for $199 on contract. That’s after a $100 mail-in rebate. The DROID itself is the first of many Android phones coming to the carrier. There’s Android 2.0 of course, Visual Voicemail, a 3.7-inch display (854 x 480 resolution), 5 megapixel camera with dual-LED flash, a bundled 16GB memory card and a beta version of Google Maps Navigation.

The DROID is the first phone to offer that last, which which will turn Google Maps into a turn-by-turn routing system. Some other features include a slide-out QWERTY keyboard, 3G, WiFi, voice-activated search and over-the-air Amazon MP3 downloads.