Posted in Microsoft by Shane McGlaun on October 5th, 2009 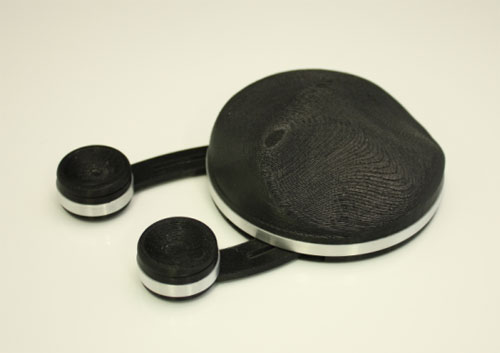 Microsoft is big in the R&D realm for all sorts of things from hardware to software. In fact, the company has the largest R&D budget in the world at over $9 billion according to some reports. Microsoft makes all sorts of computer mice and the firm has unveiled five prototype mice that combine new input methods with tried and true form factors.

The prototype mice were debuted at the UIST conference and combine the typical mouse with multi-touch technology. Microsoft thinks that the new mice can set a new standard for interaction. One of the most interesting is the FTIR Mouse that uses a camera to sense where the user is touching the clear surface and react to the input.

The articulated mouse looks like an alien head to me with googly eyes on stalks. The palm rests on the round portion with the hand resting on the two arms that act as buttons. Microsoft doesn’t say when it expects to see mice hit retail using this technology, but I would bet multi-touch mice will be here sooner rather than later.