Posted in Desktop PCs by Conner Flynn on October 26th, 2009 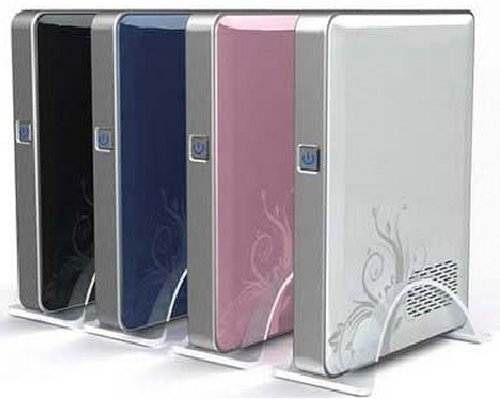 PC maker Haleron is the company behind several dual core and dual processor netbooks. Now the company sets their sites on nettops with the new Haleron H-BOX line of low power desktops. The Haleron H-BOX features a dual core Intel Atom 330 CPU and NVIDIA ION graphics. And it weighs less than 2.2 pounds. According to Haleron it’s less than 1/30th the size of a desktop PC, but they don’t specify which desktop PC being compared to.

The PC has 5 USb ports, an HDMI output, Ethernet, VGA, mic and headphone jacks as well as a flash card reader. As for power, it uses 20-25 watts and sports a 320GB hard drive and 2GB of RAM.