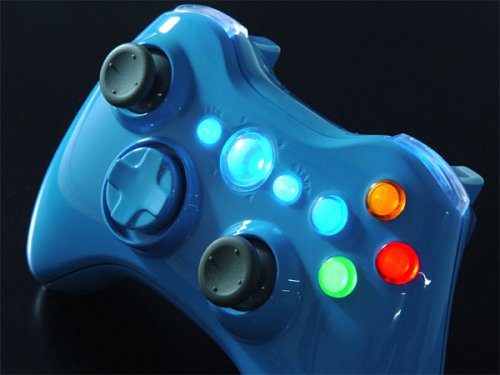 You don’t see a blue Xbox 360 controller everyday, now do ya? And surprisingly, it looks pretty sweet in that color. For just $30 you can get this Blue Blood Xbox 360 controller kit from XCM, which includes a blue shell and D-pad with some glowing LED buttons.

It’s a beautiful thing in electric blue. If nothing else, it should impress your friends, who don’t have one. The only problem is that now it won’t match your Xbox 360′s color. Oh well, I think I could live with that.