Posted in Samsung by Conner Flynn on September 6th, 2009 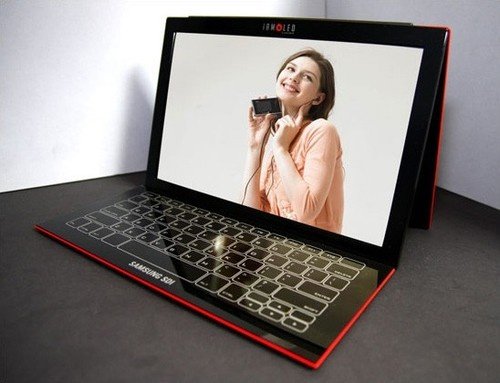 Next year you may be able to watch video on your laptop with an OLED screen from Samsung, who is eyeing 2010 for a commercial OLED notebook release. The company says that it will release an OLED notebook towards the end of 2010, maybe in the third quarter.

They aren’t the only ones with an eye toward OLED either. Lenovo also has plans to use OLED and Sony too. No mention of cost, but likely it will add a few hundred to the price of a regular notebook.