Posted in Turtle Beach by Shane McGlaun on August 12th, 2009 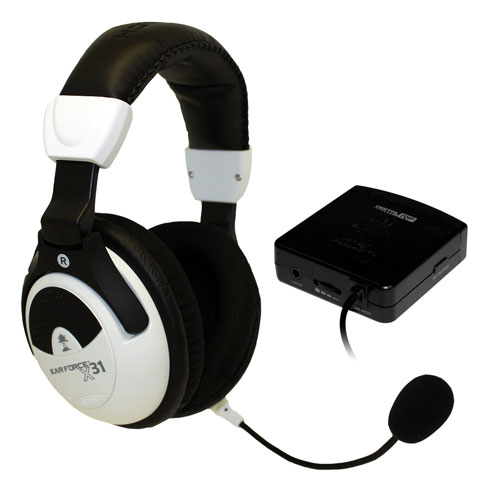 Turtle Beach has been making headphones for computers and game consoles for a long time. The company offers all sorts of other products as well that help gamers and computer users listen to music and watch movies without waking the whole house.

The headset also has a mic for voice chats in game. Chat Boost helps to boost the volume of spoken words in game so they can be heard over the game sound effects. The headset uses 2.4GHz connectivity between the Xbox and the headphones and bass boost and stereo expanded effects are built-in. The headset is available now for $99.95 online and in stores.