Posted in Walkman by Conner Flynn on August 8th, 2009 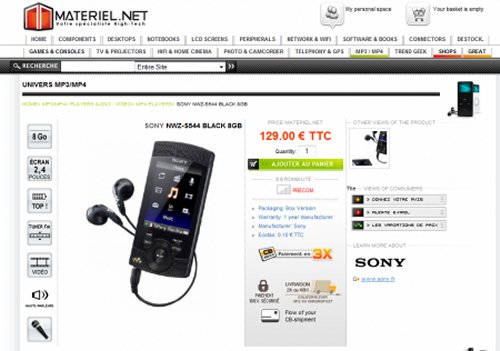 The Walkman NWZ-S544 and the Walkman NWZ-S545 have been leaked by materiel.net, a French online retail site. Both models have very similar features, with the main difference being storage details: 8GB and 16GB. They are priced at 129 and 149 Euros.

Anyone drooling over this one?