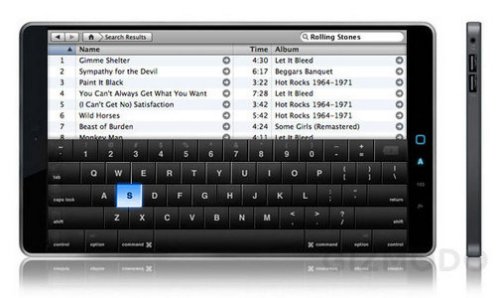 According to the Financial Times, Apple is all set to launch the Apple tablet in September, along with some fancy new iPods. Word is that Apple is working with record labels and book publishers on new iTunes features for the new device. Companies like EMI, SonyMusic, Warner Music and Universal Music Group. They’ve apparently codenamed the project “Cocktail”.

If you believe the Financial Times’ sources, the device will have a 10-inch touchscreen and run iPhone OS. The tablet will be able to connect to the Internet using Wi-Fi and looks like it will also have a book marketplace.