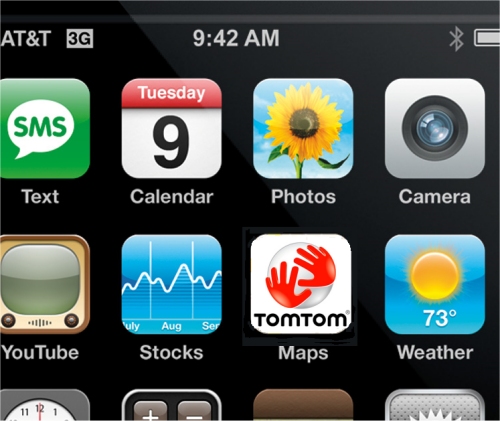 TomTom announced on Tuesday that it would be making it’s navigation software and some hardware pieces available specifically for use with Apple’s iPhone sometime in the not too distant future. TomTom will be offering the navigation software through the iTunes App Store and will also provide some type of charging dock and speakers for use on the go.

TomTom is currently the only provider of navigation products to team up with Apple’s iPhone to date, and it looks to be a good move for the company who stands with a 1.5 billion dollar debt. There were no details given to the exact date the TomTom software and hardware would be available for the the iPhone, nor was there pricing any pricing info at this time. However, based on the standard pricing for TomTom products we would have to guess that it would be slightly more than your average app from the iTunes App Store.