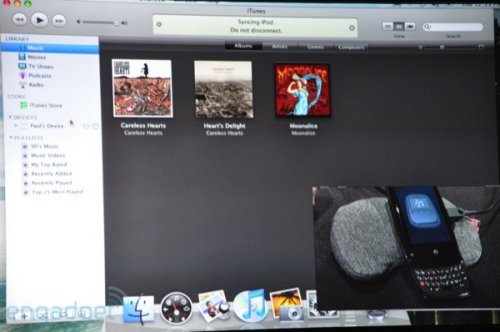 By now everyone knows that the Palm Pre has iTunes support. But Pre’s identity to its host system when connected via USB has confirmed what was already suspected. The method that it uses to hook into iTunes is…questionable.

The Pre identifies itself as an iPod in Media Sync mode, but only on the system’s mass storage interface. The root USB node still comes through as a Palm Pre. Apple could, if they wanted to, easily block it. Would Apple do that? It would certainly help grow their user base to let it be.