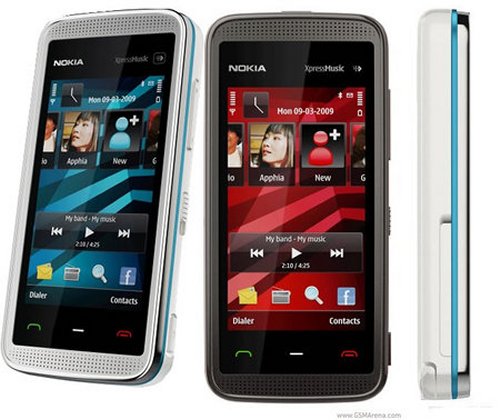 It features a 3.2 megapixel camera with LED flash, along with an accelerometer sensor and proximity sensor for precise pictures. Since it’s a music phone, it has powerful stereo speakers and a 3.5 mm standard audio jack. Surprisingly, no GPS unlike Nokia’s other touch phones, which is probaly to keep the price down.

It comes in five different colors and will be available in the third quarter of 2009, along with a 4 GB microSD card. Estimated price is 199 Euros.