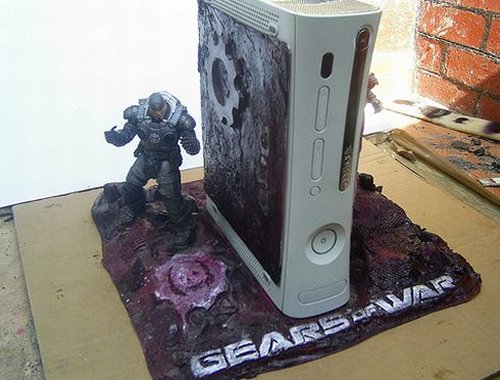 Gears of War fans are sure to love this Xbox case mod. Maybe. It’s the work of one Tallerkamino, who designed and modded the Xbox case in honor of the game. How he did it is not clear.(Looks like he used mousepads and attached them to the console).

Then he obviously glued action figures onto the base. It’s a cool mod I guess, but I prefer the console to be entirely covered. It’s more of a diorama. But if you love Gears of War, I’m sure it will make you smile and brighten you day.