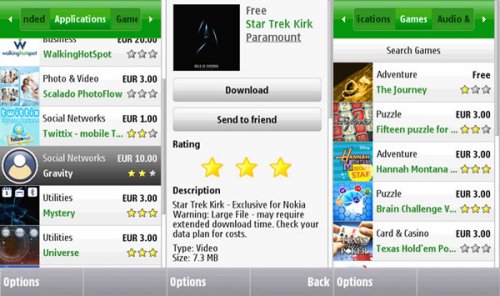 The Australian launch will soon be followed by other carriers in the next few hours and days. According to a post from Nokia’s Conversations blog, (That was pulled later) Nokia confirmed the rollout and said that it was moving the Ovi Store to “production servers,” and that users can “expect a broader announcement and consumer availability soon.”

You should be able to get in on the fun soon.