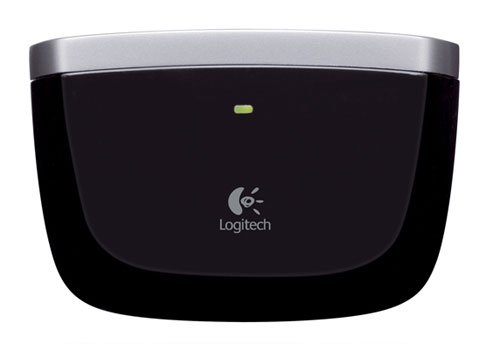 Before I started using my Logitech Harmony One universal remote, I had five different remotes for my entertainment center. What was worse was that my kids and my wife were simply dumbfounded when it came to changing from the satellite box to the PS3 or any other component. You can only tell someone how to do a three-step process so many times before you get irritated.

Thankfully, after the Harmony One landed in my hands I was able to shed all those remotes and use only the One for the most part. I still needed my PS3 controller or the Blu-ray remote to control my PS3 for watching movies, which was a pain. Recently Logitech announced a new adapter called the Harmony Adapter for PS3 that answered my wishes for one remote to rule them all in my home theater. Today we are going to look at the Harmony Adapter for PS3, read on for all the details.

The little Harmony Adapter for PS3 isn’t much to look at; it’s simply a rounded rectangle box with a port on the rear for the AC adapter and a big red button on the bottom for connecting to the PS3. Synchronizing the Harmony Adapter for PS3 with your PS3 takes only seconds. All you need to do is plug the adapter in, turn on the PS3, navigate the PS3 menu to the remote setup section, and tell it to search for remotes and then push the red button on the adapter.

It is important to note that if you have the PS3 installed as a device on your remote already, you have to delete it. I had my PS3 on the remote already simply so I could set an activity up to change all the inputs to play the console.

Setting the adapter up on the remote is easy to do and the software installs all the commands to the remote when you connect it to your computer via USB. Once the programming of the remote is done for the adapter, you can set your activity up for the PS3.

Once all the programming is done the Harmony remote will now control every aspect of the PS3 from navigating the menus to full control over movies when playing on the PS3. If you are like me shedding, the PS3 controller is the last step to having one single remote for your entire home theater. The activity I set up for the PS3 even turns the PS3 on and off, which can be a big deal if you have kids that often leave the PS3 running when they are done playing.

The Harmony Adapter for PS3 is exactly what any home theater fan with a PS3 in the entertainment center has been waiting for. The adapter is well worth the $59.99 asking price.