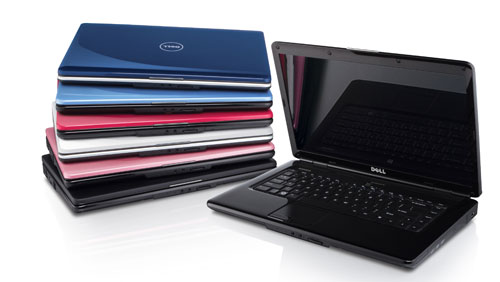 Dell was late to the netbook game by many standards, but the computer maker is now firmly in the netbook market with its Mini 10 machine. Dell also caters to notebook users looking for larger machines at a cheap price.

The Texas-based computer maker has announced new additions to its notebook and netbook lines today with two new low cost machines. The Dell Inspiron 15 is a 15.6-inch notebook with prices starting at only $399. The low-end machine gets a Celeron processor, 2GB of RAM, and a 160GB HDD along with Windows Vista Basic. Options can greatly increase the price of the machine.

Dell also introduced a new and low cost version of the Mini 10 netbook called the Mini 10v. The 10v offers a 92% regular size keyboard; seven color options, 120GB HDD, 160GB HDD and 16GB SSD options along with a choice of Linux or Windows XP. Specs for the machine are 1GB of RAM, webcam, and an Atom N270 CPU. The low-end version of the 10v with Windows XP starts at only $299.