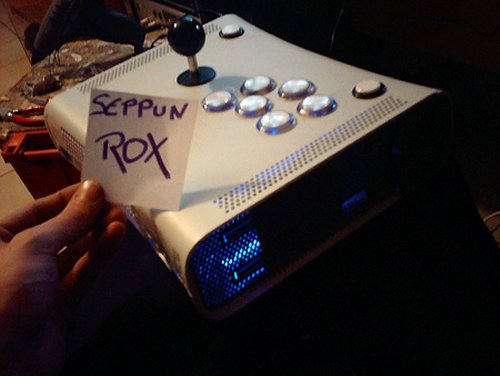 When life hands you lemons, make lemonade. When life deals the dreaded RRoD to your Xbox, make an arcvade stick out of that sucker. That’s just what one guy did. When his Xbox 360 went all RRoD, he gutted it and like a gaming phoenix rising from the ashes, transformed it into a functioning arcade stick.

He’s so proud, he’s holding up his name in the pic and proclaiming that he Rox all Wile E. Coyote style. Yes you do Seppun. You rox. You now have the coolest arcade stick on your block.