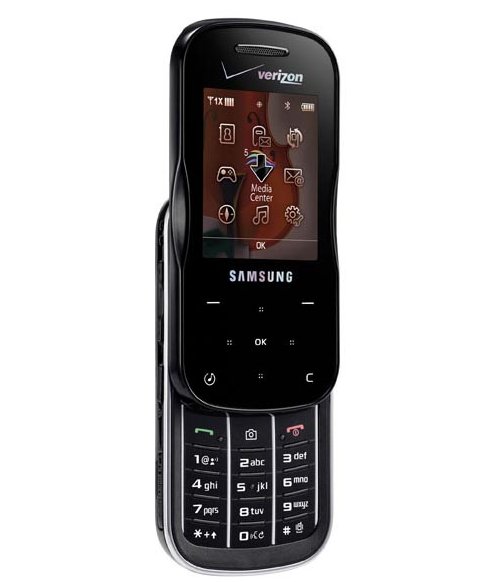 The slider known as the Samsung Trance will be hitting Verizon tomorrow. The phone will feature V CAST with Rhapsody and the VZ Navigator. Some other features include a 2.1-inch screen with a 176 x 220 resolution, a 3.5mm headphone jack, a 16GB microSDHC memory card slot, 1GB of built-in memory and support for numerous media files including MP3, AAC, AAC+ and WMA.

Good phone to listen to music while completing other tasks. You’ll also get a 1.3-megapixel camera and Bang & Olufsen ICEpower speakers for great sound quality. Bluetooth as well.

You’ll be able to get the Trance on Verizon starting tomorrow for $49.99 in red or black with a two-year contract.
[Slashgear]