Posted in iPhone by Conner Flynn on April 1st, 2009 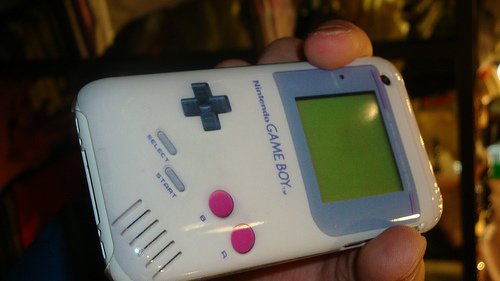 Not that there’s any chance in hell of getting a new iPhone that looks like an old school gameboy, but I’m hoping I can find me this cool case at least. Who cares if it cuts your screen size?

It’s what you might expect if Steve Jobs was a Nintendo fanboy. Someone somewhere probably made this themselves. Another cool wrap that would look good over your iPhone is a Vintage Walkman. I have no idea where to get one. I just thought it was cool.

It looks cool. Like the Gameboy was just released in 2009…and for some reason still had that vomit colored screen.