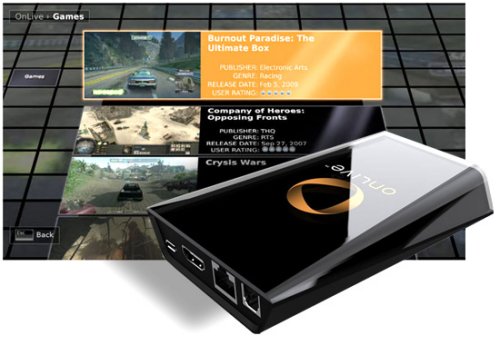 If OnLive has anything to say about it, this could this be a console killer. Something that puts the Xbox 360, Playstation 3 and the Nintendo Wii six feet under. OnLive handles all the heavy graphics rendering on its servers and what you get is lag-free gaming as a video stream. IF it works as advertised.

You would use either your broadband-connected PC or Mac, or you could hook up the set-top box to your home theater, which features Ethernet, HDMI and USB. According to OnLive, the box costs “less than a Wii.” OnLive will be launching later this year.

That’s when we will know for sure how it will affect the future of gaming. It has loads of potential.