Posted in Pentax by Shane McGlaun on February 5th, 2009 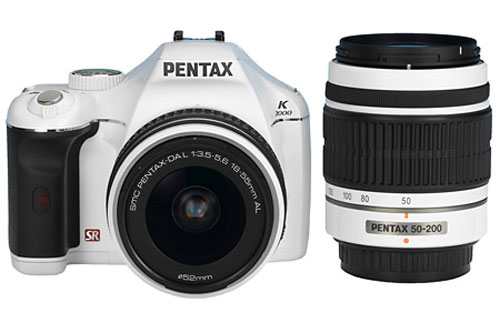 When many consumers start to move from the world of point-and-shoot cameras into the DSLR realm, they look for some of the most cost effective cameras for their first foray. Pentax has long made some of the cheaper DSLRs you can get including a couple models in its K-series.

Pentax has announced price cuts for its K20D and K2000 DSLR cameras. Pentax is offering shoppers looking for the K20D a $100 in store instant rebate that is good on either the K20D body only or the K20D body and lens kit. Also offered on the K20D is a three year warranty rather than the one year standard. The offers are good through the 22 of this month.