Posted in Concepts by Conner Flynn on January 26th, 2009 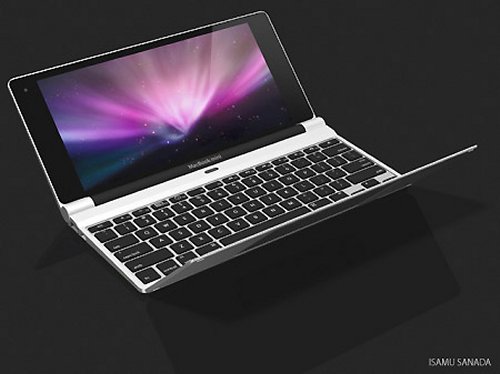 Rumors of an Apple Netbook aside, we still don’t have one and likely will not for a good while. So designer Isamu Sanada decided to take it upon himself to try his hand at designing one. Obviously it has Apple good looks and portability. But it’s not quite there yet.

When folded, the MacBook Mini would measure 5.4-inches thick. Wow. That’s too thick. But the design is interesting. When fully expanded, the laptop will give you a keyboard, trackpad, 10-inch LED display, and 128GB SSD. Looks like there’s no optical drive either. And I would hope that the trackpad, cool as the design is, would fold under as well as over, because as it is, it’s going to get in the way.

Still, at least someone is working on the idea.