Posted in Cameras by Conner Flynn on January 30th, 2009 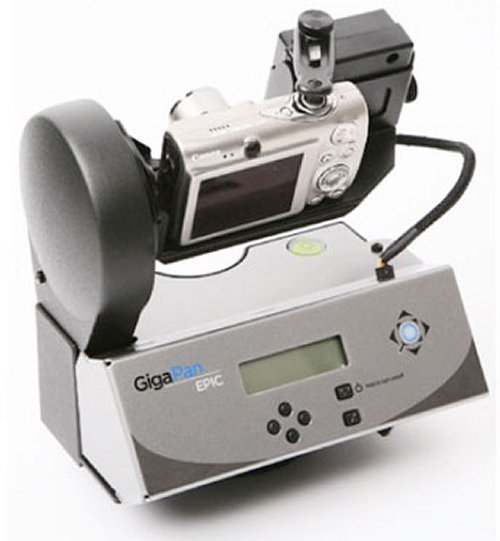 By now you’ve seen the giant 1,474 megapixel photo that was taken of the Inauguration using a Canon G10 and a GigaPan Imager. If you liked what you saw, and who didn’t, there’s good news. The company has launched the GigaPan Epic for commercial sale.

It works with most point-and-shoot cameras on the market, and creates a single photograph from many individual photos. For example, that inaugural photo was composed of 220 shots. The robotic mount attached to the camera makes the whole process automatic. The GigaPan Epic will cost you $379, while a GigaPan Epic 100 for larger point-and-shoot cameras is coming “soon.”