Posted in Storage by Shane McGlaun on December 31st, 2008 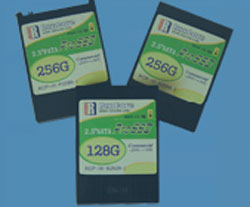 There are a few common threads in the SSD market no matter the maker of the device. These threads include price premiums and better performance. For some markets, the high price of SSDs has kept them from being popular despite the performance benefits.