Posted in Android by Conner Flynn on November 24th, 2008 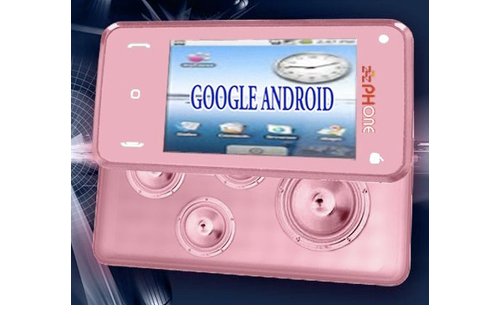 You might expect the second Android cellphone to come from Motorola or Nokia, but according to John Biggs over at Crunchgear, it’s the Zzzphone, a full-QWERTY keyboard Chinese slider which apparently runs the Android operating system. It’s tauted as the world’s first unlocked quad-band mobile featuring the Google Android Operating System.

It seems to do everything you could ever want it to do as well. It works everywhere in the world and can be built and personalized per your custom requirements with GPS, Wi-Fi, even your choice of seven colors for cases, and 15 other options. Up to 32GB of memory, they are also claiming to be the world’s first phone with snap on modular accessories, like a full QWERTY keyboard, mini boom box, projector and more. Damn. John says that he has ordered one and it should be arriving in ten days. It’s only $119.