Posted in Flash Memory by Conner Flynn on November 26th, 2008 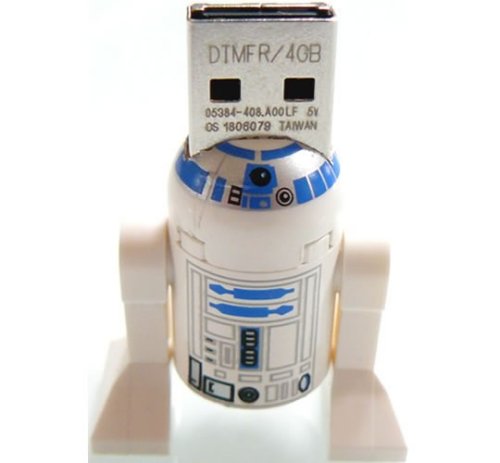 Our favorite droid gets a gadget makeover yet again. When is he ever going to get some respect? If he isn’t pulling aquarium duty, he’s keeping your stuff cold. And when he isn’t acting as your own personal fridge, he’s a drink server.

Well, now someone’s taken a Lego R2 and made him into a USB drive. Which is neat and all, but he still ain’t gettin no respect. Because when you plug the little guy into your usb port, he just looks like he got shot out of a cannon and got stuck in your laptop and should be flailing his legs. Such is the life of an overly merchandised droid.

The 4GB high speed USB memory stick is compatible with Windows and Mac, and even features an activity LED and a protection cap. $49.95.
[etsy]