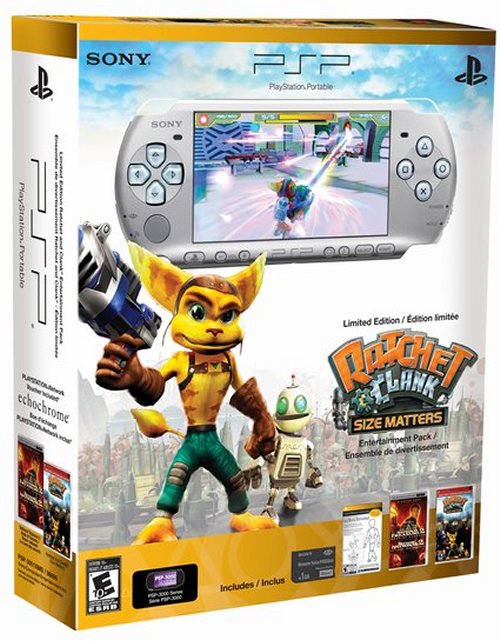 After having an early coming out party, the PSP-3000 Ratchet & Clank Entertainment Pack had it’s official launch today and the brighter PlayStation Portable is now available in North America. The bundle will cost you $199.99, while the economy black PSP-3000 kit with just a 4GB Memory Stick will be available next month. The silver pack will be available in all European countries except the UK a day later on October 15. EU countries will also have to wait for the black bundle in November.