Posted in iPod Accessories by Conner Flynn on October 22nd, 2008 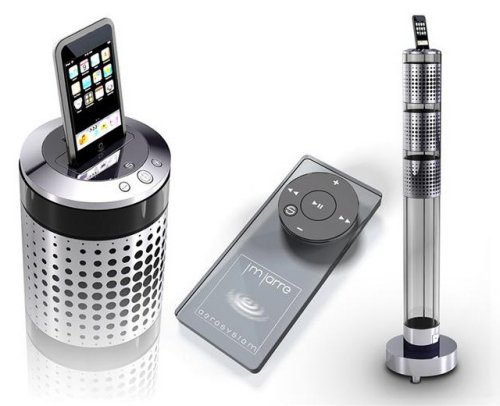 There are a million eye-catching iPod accessories, but this one manages to stand out nicely. This odd looking iPod dock/speaker combo is from designer Jean-Michel Jarre and resembles something you would charge your lightsaber in that also doubles as a heater. It’s called the AeroSystem, retro in name and design.

It’s currently available only in France, and costs about $580, complete with an iPod-inspired remote. Seems to me that it’s more of a suicide station for when your iPod hears about the state of the economy or that Apple has released a new model. Stationed high atop it’s high-rise, it is free to make the decision to jump or not jump.