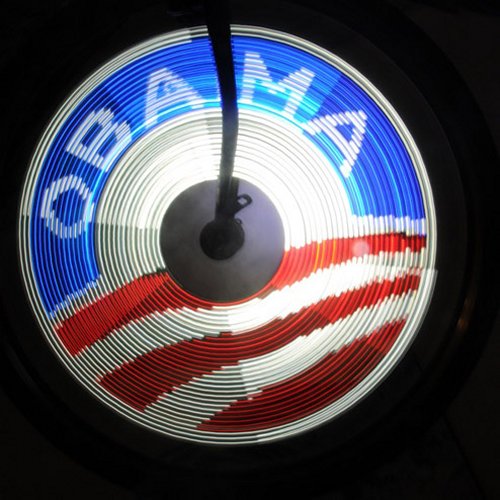 It used to be that all you could do with your bike spokes was insert a baseball card or sport a generic reflector. My favorite was always the aluminum can on the back tire. But I digress. Now it’s all about LEDs. This moving endorsement of Obama comes from a Flickr user that used six SpokePOV kits to turn his bike wheel into an awesome, illuminated Obama sign. Now he can campaign for his candidate just by riding his bike. If you want to make your own, all of the .dat files necessary to reproduce the effect are available on Aneel’s Flickr site. You can customize it to endorse whichever candidate you want. Pretty neat.