Posted in Nintendo by Conner Flynn on September 9th, 2008 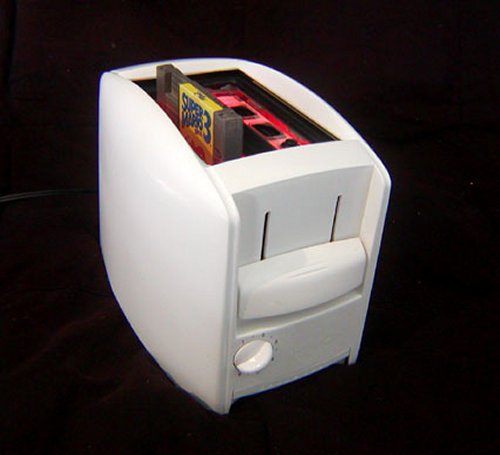 NES in a toaster? We’re sold. Anything in a toaster that isn’t actually toast gets the ‘Brick’s seal of approval. When these things actually make toast, well, that’s just a bonus. The mod features a functional front lever that is now a power switch, and some red LEDs that light up your cartridge but won’t turn it into toast. Hit the link for plenty of pics of the build process.