Posted in Mouse by Nino Marchetti on September 10th, 2008 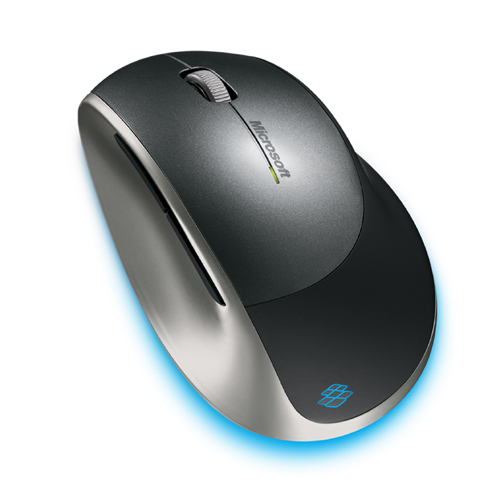 Microsoft said this week its new BlueTrack Technology is the world’s “most advanced tracking technology” for consumers and their comptuer mice. Two new mice – the Explorer Mouse and Explorer Mini Mouse – are the first to debut with BlueTrack, pricing around $100 and $80, respectively.

Microsoft says this of BlueTrack: “The large, blue beam and specular optics architecture, in conjunction with a Microsoft-designed image sensor and proprietary pixel geometry, generates a high-contrast picture of the mousing surface that allows exceptional tracking accuracy. The BlueTrack Technology light beam emanating from the bottom of the mouse is more than four times as large as the average laser beam used in today’s mice, enabling reliable mouse tracking even on difficult surfaces such as carpet.”

While the jury remains out on this bold statement, the two new Microsoft mice look pretty cool. They have a chrome trim and blue lighting around the bottom rim as well as a “right-handed, ergonomist-approved design” and 2.4GHz wireless technology which works up to 30 feet away. Both should be available come November.