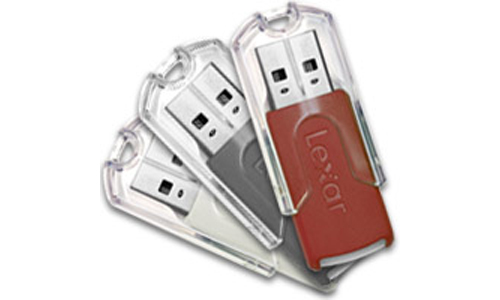 Lexar has gone and increased the storage capacity of its popular, and small, FireFly USB flash drive. You can now pick up a 16GB version for around $100.

The 16GB FireFly, like other FireFlies from Lexar, works both with PCs and Macs and is available in a red color. It is outfitted with a keychain hole for portability and features a protective cap and blue LED tail that blinks during data transfers. It also comes pre-loaded with a free 30-day trial of Dmailer V7 software, which enables you to backup and synchronize files, including Microsoft Outlook and Outlook Express.