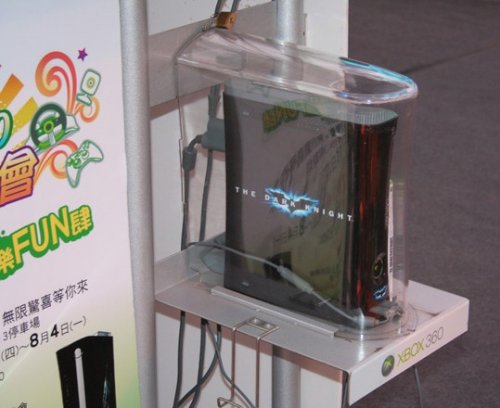 This rare Dark Knight Xbox 360 was spotted at the Microsoft game exhibition in Taiwan. Every self respecting nerd and his comic book dealer want to get their hands on it, but that just isn’t going to happen. Turns out there were only 110 made and it looks like the only way to get one is on ebay, where they seem to be going for $800 and up. It only comes with a 20GB hard drive and the same accessories as the $300 bundle.You better go find a money tree and shake it real hard. There’s always this thing.