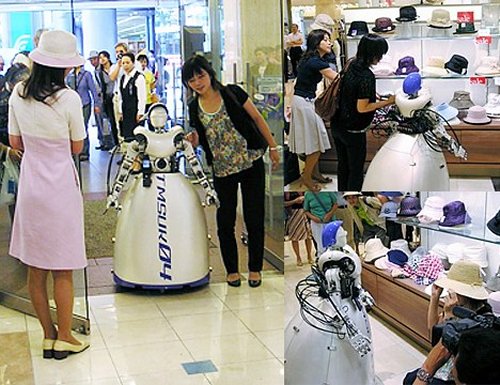 Robot developer tmsuk has unveiled a remote-control robot that will give you a new way to shop from the comfort of your posterior. It’s a prototype of the telerobotic shopper, which is a modified TMSUK-4 humanoid robot that has a variety of cellphone communications technology. They had a demonstration on July 10 at the Izutsuya department store in the city of Kitakyushu, Japan, where it probably made the male robot wait while it tried on clothes and asked if each one made it’s ass look fat.