Posted in Routers by Nino Marchetti on July 11th, 2008 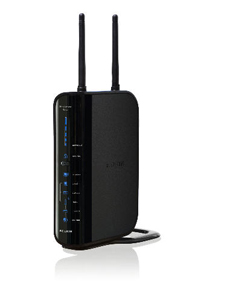 Belkin’s got itself a new 802.11 wireless router in the line up as of yesterday with the ability to support attached storage. It is called the Belkin N+ Wireless Router (F5D8235-4) and you’ll find it pricing around $120.

The Belkin N+ Wireless Router (F5D8235-4), released in conjunction with the N+ Wireless USB Adapter (F5D8055) for wireless network expansion, allows you to connect via USB a storage device such as an external hard drive to provide a network storage solution.

Other features of this 802.11n router include icons which change colors to let you know of network issues, four Gigabit ports, push button WPS security and a power-saving mode. It, along with the USB adapter, will be available come October.